Açaí seeds as a circular building material in the Amazon

Açaí fruit is a biologically renewable resource from the Amazon, whose tonnes of seeds are being discarded every day in the Amazon. However, the promising studies show the great potential of açai seeds in the construction market, responding to the waste problem and strong demand for affordable and local building materials.

The current production of traditional building materials, such as concrete, bricks, and tiles, results in exploration and depletion of natural resources, as well as the consumption of a high amount of energy for extraction, transport, and processing. In addition, in this linear economy model, a large amount of waste is generated.

An economically viable solution to this problem is the utilisation of waste materials for new products, which radically limits the extraction of raw resources and minimises the amount of waste discarded into the environment. In this way, each material is recovered and reused in cyclical flows, over and over again, which allows its trajectory from cradle to cradle, preserving and transmitting its value. For this purpose, research is being carried out towards exploring solutions aimed at reusing resources to produce sustainable and environmentally friendly construction materials. Examples of such initiatives are being developed in the Amazon, around açaí (Euterpe oleracea), the most consumed fruit in the region.

According to the World Trade Organization (WTO), around 90% of all açaí consumed in the world is produced in the state of Pará, Brazil. In 2018, the total production of açaí in Pará was around 1.4 million tons. This production generates almost 450 million USD per year, representing 70% of the income source of the riverside population and generating employment for thousands of families who work in the fruit processing factories in the city of Belém [1]. However, only 4% of the fruit’s total weight, corresponding to the edible part, is used by the industry. The rest, mainly the seeds, remains without a defined utility and is commonly discarded. With this problem in mind, the researcher Francielly Rodrigues Barbosa in association with Beatriz Cintra, architect and researcher from the University of São Paulo,  developed a project in which they use a valuable raw material – açaí seeds – to produce low-cost bricks. In this way, they create an alternative for low-income populations in the peripheries of the Amazon cities, who could not afford to buy traditional building materials.

The first step of the brick production is the carbonization of the seeds and their grinding into ash, resulting in a granular material. Afterwards, it is mixed with processed raw earth, which could be molded into any geometry [3]. In a last step, the bricks undergo a natural drying process. The bricks were analysed in a laboratory at the University of São Paulo, and it was verified that its resistance to compression was equivalent to burnt perforated ceramic bricks used for sealing in houses. According to Beatriz, the group’s main goal is to find the best way to use this material so that production is simple, the product is cheap, and both are in line with local reality and construction traditions. “In parallel, we also want it to contribute to the great challenge of managing the waste of the açaí industry, which is immense and tends to worsen with the growing popularity of the fruit in other regions of the country and the world.

Together, the researchers founded the project “The House of Açaí” (A casa de Açaí), an education, science and social-environmental innovation initiative that seeks to promote the right to dignified housing in the Amazon communities through the creation of sustainable construction material. Through the involvement of children, adolescents and young people in the research and development process, it also aims to train leaders committed to sustainable development.

One of the construction systems under development in the framework of the project is the “taipaçaí”(rammed earth + açaí), which is a mixture of raw seeds, raw earth, and environmentally friendly additives. It is used as a sealing material for cladding prefabricated wooden panels, made with slats and wood stumps, that would otherwise be discarded by the industry [3].

Studies are currently being carried out to resolve issues such as how to prevent seeds germination and how to establish a good bond between the mixture and the surfaces on which it will be applied. Regarding sustainability, the group assesses a very positive change: a popular house measuring 60.75 m² built with the material would avoid 11,160 kg in greenhouse gas emissions.

Another researcher, Roberto Peres from the Federal University of Tocantins (UFT), sought alternatives for using the açaí seed in the adobe brick manufacturing process. First, the seed was used as biomass for energy use. The material proved to be a promising alternative to be utilized as a fuel in potteries to bake bricks. This solution can prevent the factories from using forest biomass combustion and avoid the practice of predatory cutting of the native forest. The açaí seeds as an alternative for firewood prove to be 21% more efficient [2]. Roberto’s research highlights the technical and economic advantages of replacing firewood with açaí seeds in pottery ovens, which are mainly due to the high calorific value of the seeds and the low cost of collecting them. With the large amount of seeds discarded daily in the municipality of Imperatriz (MA) (around 0,48m³), it would be possible to generate energy to produce around 1000 açaí bricks per day [2].

In addition to the utilisation of seeds as a fuel, the research verified the use of ashes resulting from their burning in ovens in association with clay in the brick production with satisfactory results. Minimum compressive strength tests carried out in the laboratory, using a press with digital monitoring, proved the material’s good performance. Furthermore, there was a reduction in the burning time of the açaí brick. The brick produced with the ashes from the seeds needed only 1/5 of the burning period of the traditional brick. It corresponds to practically one day less burning in the kilns, representing an important energy [2] economy.

Other studies around the possible use of açaí are being carried out at the University of the Amazon (UNAMA) and the Federal University of Pará (UFPA). The researchers are studying the fabrication of permeable concrete made from the açaí seeds, which could reduce recurrent flooding in the city of Belém, capital of the State of Pará. Permeable concrete is characterised by having a high index of interconnected voids, being prepared with little or even without sand, allowing the water to pass in an unobstructed way. When used outdoors, it lets rainwater penetrate directly into the soil. Hence, it has the potential to mitigate waterproofing levels intensified by urbanization in cities. What is new in relation to existing products on the market is the replacement of a percentage of pebbles (fragments of minerals or rocks) by the açaí seeds (1% to 4%).

Firstly, the açaí seeds are washed to eliminate excess organic impurities, and placed in the sun for drying naturally. Because of their high water absorption, the seeds need to rest in a container with water for about 24 hours to get saturated. This prevents the seeds from absorbing the  water of the cement mixture, thus maintaining the workability of the product.

In permeable concrete, the adequate coverage of the aggregates, especially açaí seeds, must be ensured to avoid decomposition, germination and/or swelling processes that are natural to this raw material [1]. Regarding the durability of the material, during the five years of research, permeable concrete did not show seed germination or biodegradation. The material is still in the testing phase to verify its durability for more years.

The addition of fresh açaí seeds to the concrete mass results in a more permeable, lighter and cheaper material. Its use is ideal for paving, as the permeable concrete made  with açaí seeds allows for greater water permeability than the regular one without the seeds, thus being able to reduce problems with flooding [1].

Research shows the many ways in which açaí seeds, so far considered just as problematic waste, can serve as a multipotential resource in the construction industry. Presented strategies bring environmental and economic advantages to local communities in the Amazon, providing affordable building material in a short circuit, creating employment, saving energy, reducing the predatory cutting of the native forests, and greenhouse gases emissions. In this way, the civil construction industry starts to gain new parameters to develop itself. 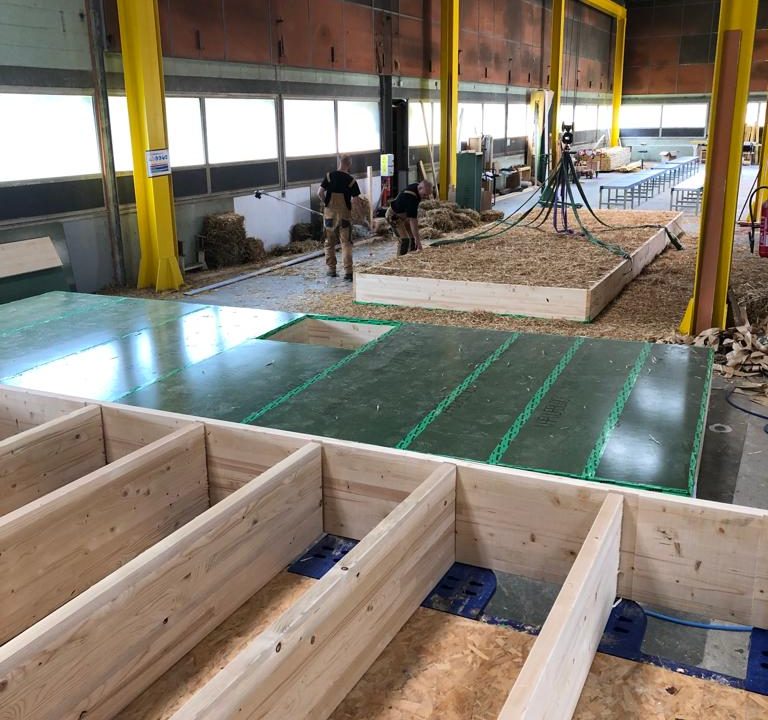 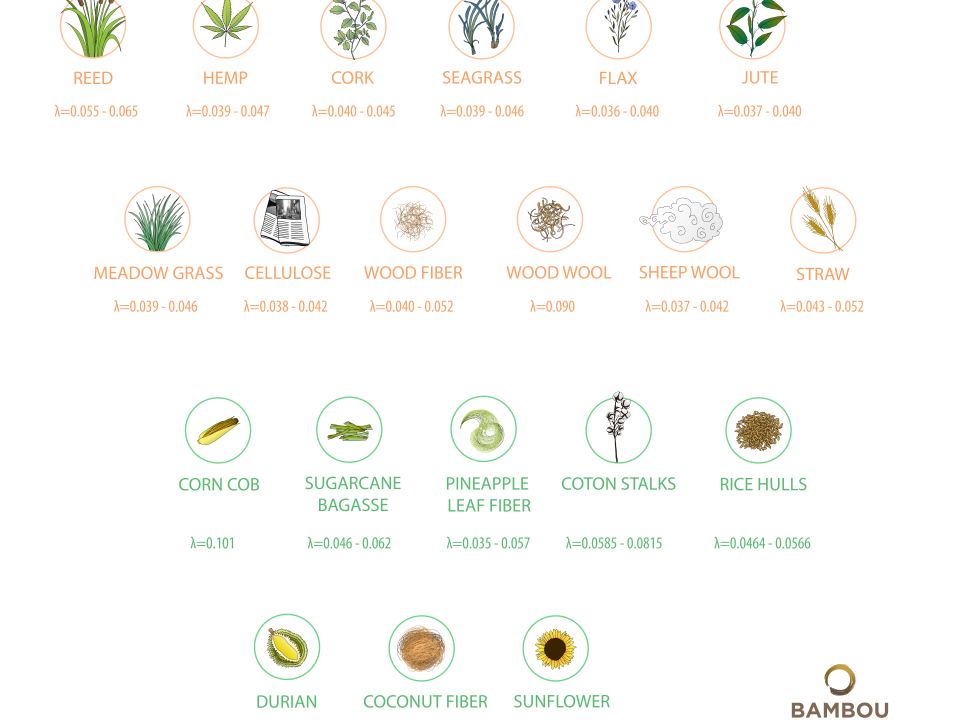 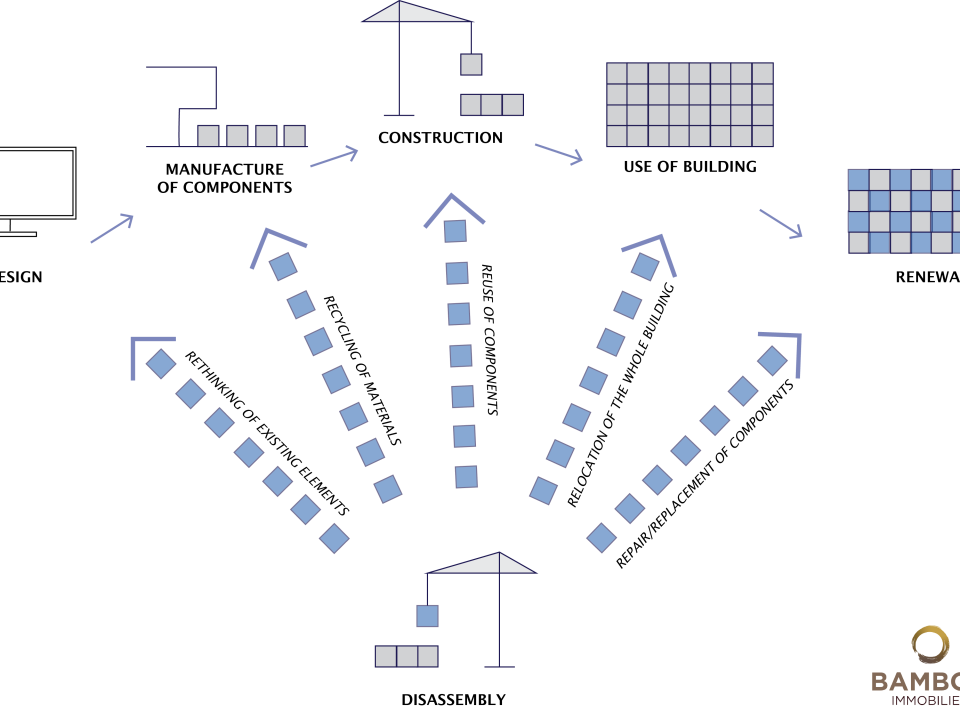